Trinity Victory sees them into the next round of the Ollerton Cup. 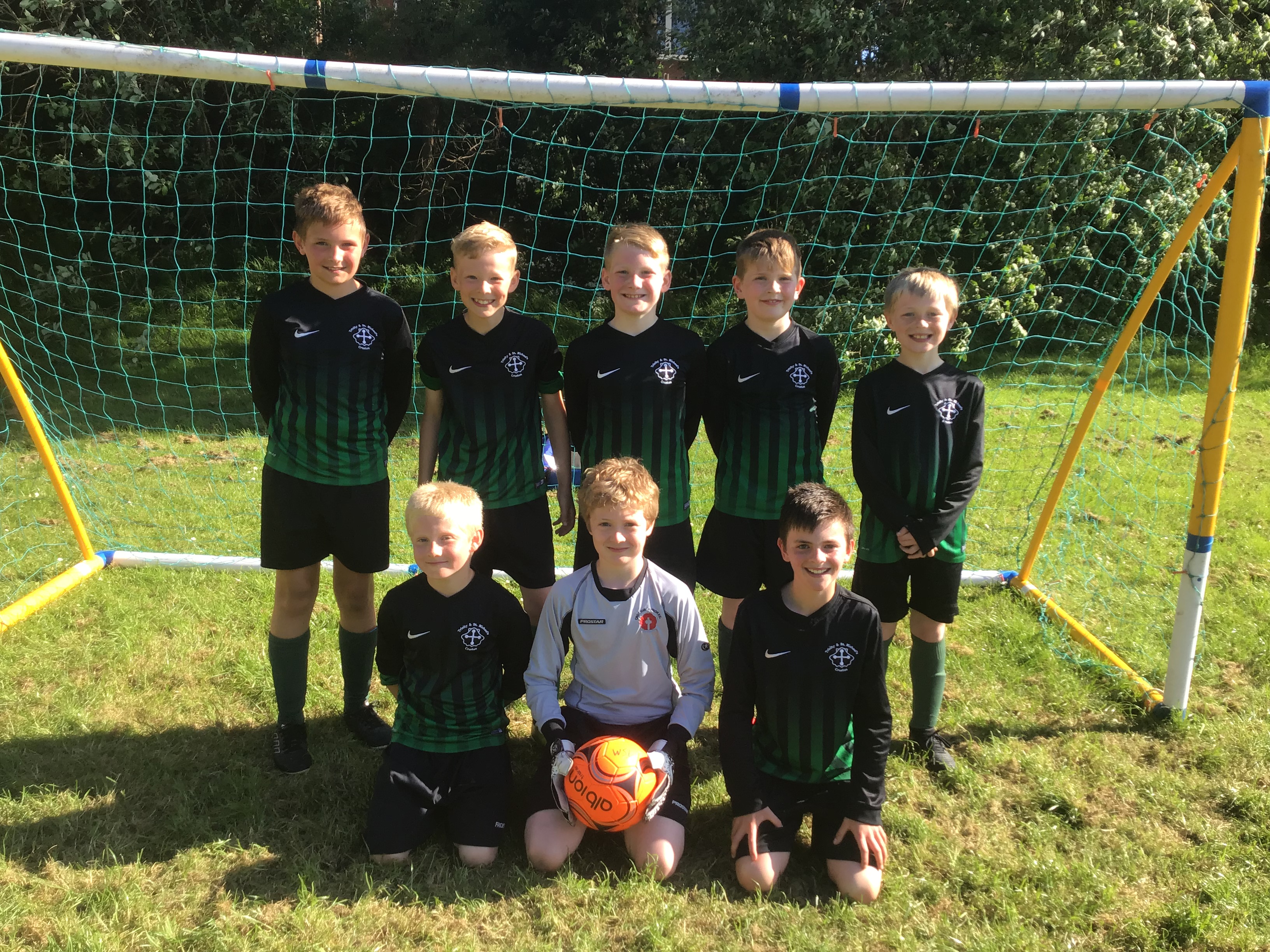 20 May Trinity Victory sees them into the next round of the Ollerton Cup.

Posted at 22:05h in Sports by Mr Hawman
Share

Trinity were drawn away to Sacred Hearts Primary School in the next round of the cup. Once we arrived, the game begun immediately and Trinity took a commanding 3-0 lead with goals from Jack and Colby. Sacred Hearts began to settle into the game and started playing some really good football. Trinity’s keeper, Dylan, pulled off a number of good saves but he was beaten by a very good strike minutes before half time.

Second half begun and after a poor centre kick Sacred Hearts made it 3-2. Trinity were looking panicked but our youngest player, Charlie, extended our lead with a lovely right footed strike. Again, Sacred Hearts showed a lot of fighting spirit by making it 4-3 with only 10 minutes to go. With minutes left, Trinity were awarded a penalty for handball. Charlie, stepped up and confidently put away.

The match ended 5-3 to Team Trinity. Both teams competed well throughout the match. Well done to all players involved.